The one word that we all have heard and is commonly used a lot is Islamophobia; the growing rate of prejudice and hate against Muslims is very much evidence of that, terrorism is considered equal to Islam by the west, and they have linked it with Islam, saying words like all Muslims are terrorist. How did this start in the first, and why does the west insist on creating propaganda against the Muslims?

Let’s go back to how it all started; the word terrorism started being linked to Islam after the 9/11 attacks after the pilots were claimed to be part of the Al Qaida. After 9/11, there was a lot of news about Muslims and Islam; most scholars researched that the information of a Muslim culprit gains more attention than the culprit who is a non-Muslim. This is how we can say the western media has been creating propaganda against Muslims. Western media and Western leaders have all contributed to linking terrorism to Islam. We can say many films tend to stereotype Muslims and refer to them as a culprit; all this has supposedly led to people linking terrorism with Islam and has led to believe that all Muslims are terrorists.

You may also like to learn about the Islamic Courses.

Ever since the 9/11 attacks, Islam has been referred to as a religion by the west, creating extremist forces and terrorist organizations. When one tries to challenge them, they bring in the proof by talking about all of the terrorist groups that are created and run by Muslims, such as the Taliban and Al Qaeda. These terrorist organizations have been responsible for these attacks, so the west uses them against Muslims. There have been terrorist organizations that have attacked and killed in the name of Islam. That has made Non-Muslims fear Islam and discriminate against Muslims. Yes, there have been Islamic terrorist organizations, but creating them is also a very long debate. We can say that it is wrong to judge all Muslims and Islam. It is wrong to say that Muslims cause all attacks as that are not true, and it has been proven that most of the attacks in recent times have been caused by Non-Muslims. We have also seen plenty of hypocrisy by the west in this regard as not every attack is referred to as a terrorist attack unless a Muslim does it, and only then is it called a terrorist attack.

Get the idea our Islamic blogs.

There has been concern about the growing rates of extremism and violence in the Muslim states as extremist organizations use Islam for the wrong reasons and try to cause terror and fear, which has become more prevalent over time as more people use Islam to carry out violent attacks. Still, the question is how these extremist organizations even started and who has been fueling them, let’s say the ones running these extremist forces have nothing to do with Islam. Islam and terrorism have been linked for a while now, and we can see how it is growing now and has led to Islamophobia in the west. The problem Muslims have to face living in the western world is proof of that. This image about Islam has been created and been carried on for generations now with a false impression about Islam being carried on.

The truth is terrorism has nothing to do with any religion; just because it belongs to a particular religion does not mean they represent the religion as a whole, and blaming the religion for an individual’s mistake is wrong. Still, only Muslims are terrorists, whereas non-Muslims are not. There is no specific reason why the west considers Islam a religion that promotes terrorism, it could be 9/11 that was the start of everything, but the point is, even though it has been years. We can tell by the recent studies that attacks by Muslims have decreased over the years, and Islamophobia is still increasing over time.

We don’t know if Islam is linked to terrorism and that Islamophobia is increasing because people in the west are genuinely scared of the 9/11 attacks. Is it just a political reason and Islam is being used? I guess we will never know. The truth is saying Islam is the reason for terrorism is such old news, and yes, even though Muslims are still suffering cause of the hate.

Muhammad Junaid is a Senior Analyst, Search Engine Expert, and CEO of Online Quran Academy. Extensive experience in SEO, Analytics, Research, and Blogging. Work for years with local and international enterprises for 7+ years. Also, represent well-known brands in the UAE.

Fun and Quirky Gift Exchange Ideas to Give Your Friends 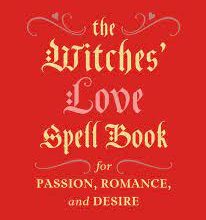 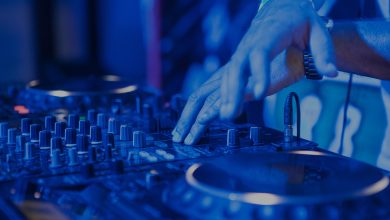 Fundamentals ‘about DJ You Didnt Learn in School 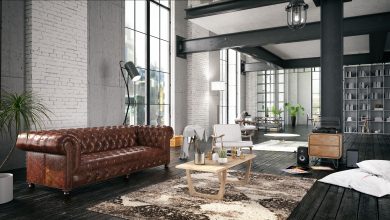