The research, for which the results are expected this autumn, was also prompted by budget cuts faced by the public broadcaster for Timmer. “Then you see that the Ministry of Education, Culture and Science have to implement budget cuts as a result of government policy and on the other hand, you have the Ministry of VWS that is busy with the question: how can we make Dutch people healthier and what role can sport play in this? so do you have a ministry that puts money into it and another ministry indirectly and probably unintentionally puts pressure on something that can contribute to ‘seeing sports, doing sports’.

Those are opposing forces.”

To avoid confusion, Timmer emphasizes that the NOS does not want to sit in the seat of VWS or NOC*NSF in the context of sports stimulation. “It is not our job to get people active. I think that is a nice side effect, which we hope we can demonstrate. But the NOS are not on earth for that. We are there to bring major sports events to the Dutch public and to play the role of sports journalists.” to take it upon us.”

The choice to give more attention to Paralympic sport should therefore also be seen as a journalistic choice. According to Timmer, this fits in with a movement that started some time ago. “I was once founder of BNN and in 2004 we paid attention to the Paralympics for the first time. In co-production with the NOS we made the program With 1 leg in the final in Athens.” In the years that followed, Timmer has seen the Paralympic sport develop. Community interest has also increased, he notes. “As soon as journalism becomes more relevant, you will also see it at NOS. That is why we started doing Paralympic sport more and more at NOS. With fantastic results as a result.”

Paralympic wheelchair tennis champion Jiske Griffioen joined the broadcast after Nieuwsuur as one of the analysts. In an interview beforehand on the NLsportraad website, she said that in that role she wanted to emphasize the sporting struggle of the Paralympians. “It’s about sports performance! I think there are more similarities than differences between Olympic and Paralympic athletes. We are sometimes praised over the top just because we have a handicap.”

Timmer understands what Griffioen meant and believes that the Paralympic programs showed a balance between performance and story. In the short overview after the 8 o’clock news, it was only about the performance of that day. That program attracted an average of 1.2 million viewers. In the long program with Herman van der Zandt and analysts that was broadcast after Nieuwsuur, the background to the performance was explored in depth. That 해외스포츠중계 attracted an average of 377,000 viewers. “I know from an earlier conversation with Esther Vergeer that she also thought it was important that the stories behind the Paralympic sport are told. So we did both and exactly what Jiske argued for, we put on the main podium NPO1 and that is ultimately the goal most viewed.”

Can I Watch The Eredivisie With A Free VPN? 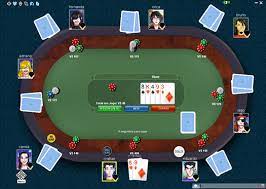