Are you hungry yet? Just write Tappayaki near me and get surprised with the variety of restaurants.  Here are some of the greatest Japanese restaurants in Lahore for satisfying your cravings. Continue reading.

The first is Fujiyama, which is located in Avari, Lahore. It delivers some of Lahore’s greatest Japanese cuisine, with a focus on the best sushi served in a stunning setting.

The mood is created with a view of the dark blue pool area, which can be seen via the floor-to-ceiling windows, while the interior employs bamboo and wooden accents to create a pleasant and elegant ambiance. It’s the ideal setting for a delectable lunch. For parties and private events, Fujiyama Lahore has two distinct dining rooms.

Sakura is the place to go if you’re seeking for sushi buffets in Lahore. On weekends, the PC Hotel in Lahore hosts an All-You-Can-Eat Sushi Night near the pool. Sakura has an a la carte menu available on every other night. On weekdays, a live Teppanyaki counter and a Mocktails bar greet customers, while the poolside dining experience is unparalleled.

The Dobin Mushi soup, Negimayaki, and Edamame are a few appetizers worth trying on the menu. Grilled Lobster with Truffle Yaki, Yaki Soba noodles, and chicken and salmon teriyaki are also popular mains. The sushi buffet includes a variety of tempuras, maki rolls, teppanyaki, and sushi on weekends.

Wasabi, which brings real Japanese flavors to Lahore, is so well-liked by its customers that it now has two locations in the city. This Japanese restaurant is famed for its grilled sushi, but it also serves a variety of other dishes. If you know what to order, the plain wooden décor conceals some nuanced flavors.

Wasabi’s menu is diverse and tasty, with everything from appetizers, soups, salads, and tempura to sushi rolls and stir-fries. If you want the greatest sushi in Lahore, try any of the sushi platters on the menu, including Wasabi Sushi Platters, Wasabi Special Platters, Cooked Sushi Platters, Super Salmon, California Dream, Salmon Lovers, Sunset, and Sunrise.

Sumo is one of Lahore’s oldest Japanese restaurants, having opened in 1990 and then been re-imagined in order to deliver really current Japanese food to the city. Customer service is excellent here, and you’ll almost always be greeted with complimentary beverages or dessert, especially if you’re a regular.

Their menu is entirely Japanese, featuring nigiri, maki rolls, and sushi, as well as various grilled and baked entrées and live teppanyaki options, including chicken, beef, salmon, black cod, lobster, prawn, and red snapper. One of the must-try products on their menu is their signature Spicy Salmon Roll.

How can we not discuss Bamboo Union when talking about Chicken Teppanyaki? Bamboo Union should be on your radar if you’re seeking for one of Lahore’s greatest Pan-Asian Cuisine eateries. The restaurant, which has a casual eating setting, attempts to provide the most recognized Asian cuisines.

While the menu contains a wide range of soups, appetizers, salads, main courses, and desserts in a variety of flavors, the Japanese menu should be your priority. Although there aren’t as many flavor selections as at some of the other Japanese restaurants on our list, the sushi platters are ideal for sharing or as a single-person entrée. The Crunchy Maki is the most popular item on the menu. Just type Tappayani near me and Bamboo union will deliver it to your doorstep.

Asian Aroma is one of the venues in Lahore where you can experience live sushi, serving Japanese and Thai cuisine to Park Lane Hotel guests. There’s also a live teppanyaki counter, as well as a delectable assortment of Thai and Japanese meals to please a wide range of palates.

This restaurant in Lahore serves great Japanese cuisine and has a private dining room called Suisen Private Dining Room that can be reserved. Asian Aroma’s menu is organized into three sections, the first of which focuses on Japanese cuisine and the other two on Chinese and Thai cuisine, respectively. The Prawn Tempura and the Moriawase Nigiri Platter, which includes a choice of sushi, are two dishes from their Japanese cuisine that you should try.

Gai’a is a fine dining restaurant in Lahore that serves modern Japanese cuisine and specialises in food, service, and ambiance. Monday’s All-You-Can-Eat Buffet The restaurant’s signature dish, Maki Mania, is a must-try, but the breakfast, lunch, and dinner menus are also worth booking. Gai’a also has two private dining rooms,

The Private Mezzanine and The Dining Crown, which can accommodate 40 to 45 guests each. Rock Shrimp Tempura, Seared Salmon Tataki, Miso Black Cod, Beef with Three Mushrooms, Gai’a Dark Chocolate Torte, and New York Cheesecake are among Gai’a’s best-selling dishes. However, the sushi here is competitive with that of other Lahore Japanese eateries. Nigiri, sashimi, and maki rolls are all available on the menu.

These are some of Lahore’s best Japanese restaurants, serving finger licking Chicken Teppanyaki to its customers. However, Bamboo Union can be the one to count on the most. Bamboo Union is a fast-food joint that also happens to be Lahore’s greatest Pan Asian restaurant, delivering top-notch Asian cuisine from across the world. Its mission is to deliver the greatest Asian food to one location. So, what are you waiting for? Just type Teppanyaki near me and order through their page.

Read More: Here is what you should gift to your partner before traveling 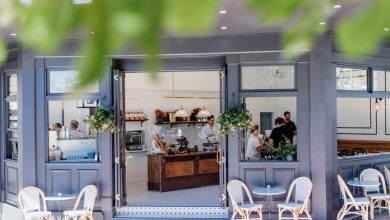 Should You Try a Tarte in a Café? 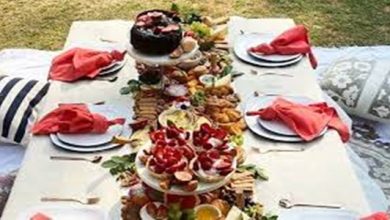 Grazing table: Everything You need to know about upcoming food trends  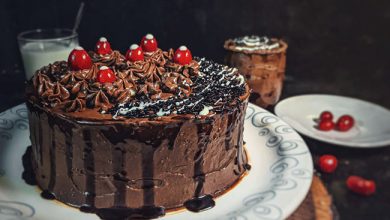 A cake makes you happy if it’s of your favorite flavor. 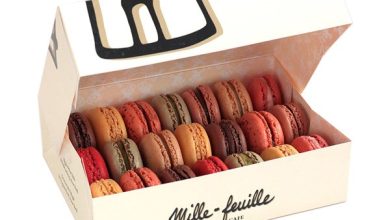 How Can I Have Designer Style Macarons?